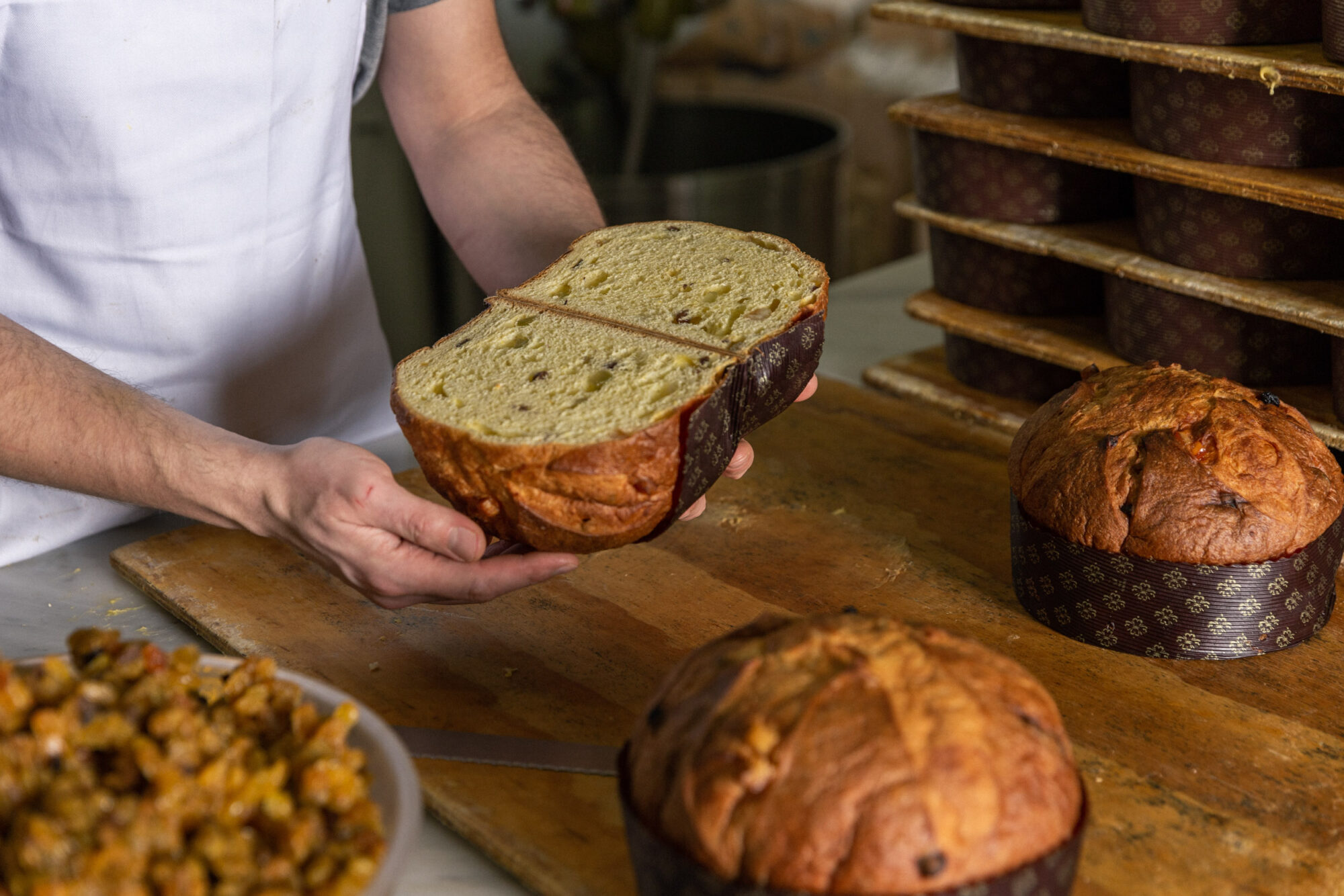 This past December Emiddio Isenia of Antise Vancouver was interviewed at STIR, an Arts and Culture publication in the Vancouver area.

You can read the original article by Gail Johnson here: https://www.createastir.ca/articles/antise-vancouver-panettone

SOME CALL IT the Everest of baking: of all the breads in the world, panettone is one of the hardest to make. Labour-intensive and highly technical. the Italian Christmas loaf traditionally takes days to make, requires extremely lively yeast, and demands that temperature and humidity be monitored and maintained with lab-like precision. After baking, at its most fragile, it has to be carefully flipped over and hung upside down to retain its domed shape as it cools; any missteps throughout the process will be evident at this stage if it pops like a balloon.

Often studded with sultanas and candied citrus peel, the bread is so complicated that even most nonas in Milan, its presumed birthplace, buy it rather than bake it at home.

“The panettone is not a mom or grandma thing—at least not my mom or grandma. It’s quite complex and requires a lot of work and time to realize.”

“The panettone is not a mom or grandma thing—at least not my mom or grandma,” Napoli-born Vancouver-based pastry chef Emiddio Isernia tells Stir. “It’s quite complex and requires a lot of work and time to realize.

“My first memory of panettone is 20 years ago when I was working in Naples and my mentor—who now makes about 10,000 loaves a year—was at that time at the beginning of the artisanal panettoni era,” Isernia says. “I remember the smell and the energy and relief when the product come out from the oven after 36 hours of work.”

Isernia is the founder of Antise Vancouver, and panettone is his sole pursuit. His studied under Brescia’s Iginio Massari, who is widely considered the world’s present-day master. Lusciously buttery yet ethereally fluffy, their versions of the Yuletide treat are not to be confused with the mass-produced mounds that can be found on drugstore shelves.

Working out of a 4,000-square-foot facility in Delta, Isernia imported a twin-arm mixer from Italy and has room to hang the panettone in racks called pinze, meaning pliers. Antise Vancouver makes three varieties: Classico (with raisins and imported candied orange and lemon), milk chocolate, and limoncello (white chocolate with limoncello ganache). They’re wrapped in paper cups that also come from Italy.

“I kept the traditional process that has been used for decades in Italy to make the freshest artisanal panettone,” Isernia says. “I use only natural yeast with no artificial or chemical preservatives. It is hard, because a good panettone needs first-quality ingredients, special equipment, technical skills, experience, and a lot of patience.”

Such a perfectionist is Isernia that only after years refining his craft here on the West Coast is he ready to start getting the word out. “We wanted to be to be sure about the quality of our product,” he says. “After four years I can definitely say that I’m proud of the product I ended up making.”

Antise Panettone can be found at Giovane café + eatery + market. (Giovane in the Fairmont Pacific Rim Hotel is now operated by the Kitchen Table, which is behind several standout Vancouver spots, including Di Beppe Café, which also carries Antise products.) Luppolo Brewing Company, Whole Foods, Gourmet Warehouse, and Urban Fare are other sources.